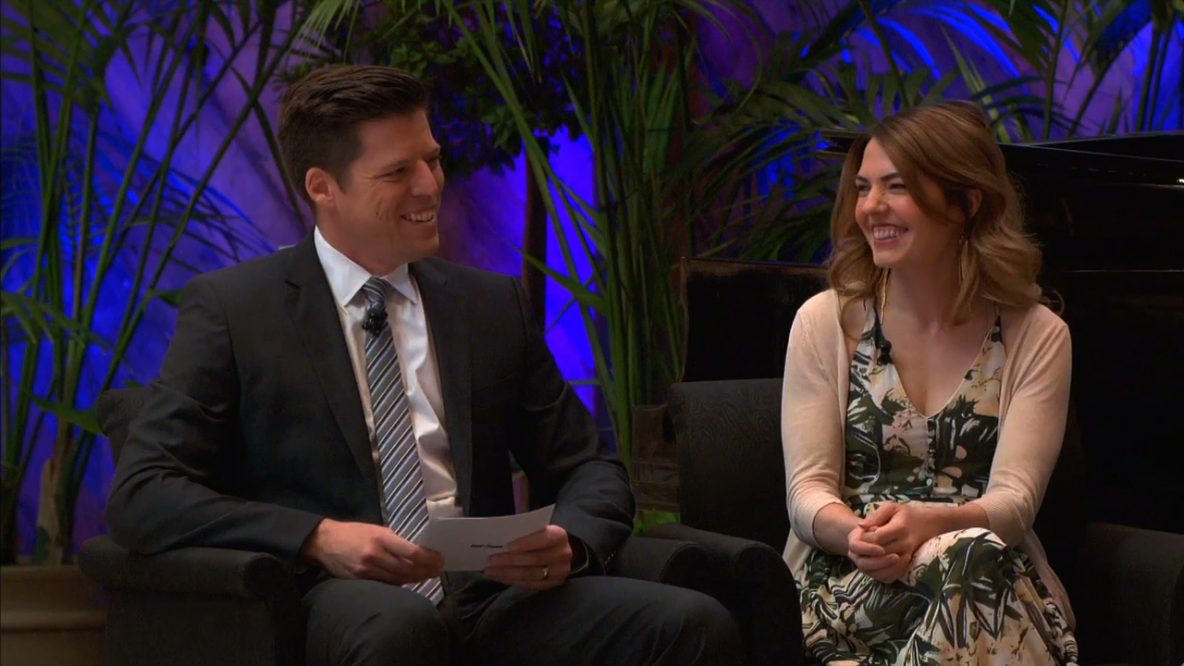 Pastor Bobby concludes the series of messages on building a “Live Like Jesus” culture. Today’s message is “See Like Jesus.”

Marla Kavanaugh is a critically acclaimed leading lady in opera and musical theatre. Originally from New Zealand, Marla has traveled all over the world performing not only as a solo performer, but also with The Highland Divas. Marla is married to tenor soloist, Daniel Rodriguez. Today, Marla performs “The Lord’s Prayer” (comp: Albert Hay Malotte; arr: J. Carl) and is accompanied by the Hour of Power Orchestra with Dr. Marc Riley and the Hour of Power Choir with Don Neuen.

Singer and songwriter Karina Nuvo is a Grammy nominated artist. Karina’s music encompasses all cultures, races and genders with gospel, R&B, disco and Latin jazz. Karina is currently writing and producing songs for film, television and commercials. Today, Karina sings, “Over the Rainbow” (comp: E.Y. Harburg; Harold Arlen). She is accompanied by Dr. Marc Riley and the Hour of Power Orchestra.

Donna Schuller is a certified nutritionist with a passion for helping people to learn to properly feed their bodies, minds and souls. She is the author of “Healthy Family, Happy Life: What healthy families learn from healthy moms.” Donna has been married to Robert A. Schuller for over 30 years and is Pastor Bobby’s stepmother. Donna can be found at Donna@SchullerMinistries.org. For more information on Robert and Donna, go to RobertSchullerMinistries.org.

Directed by Don Neuen, the Hour of Power Choir performs “Rejoice, the Lord is King!” (comp: Charles Wesley; John Darwall; arr: Joel Raney). The choir is accompanied by Zeljko Marasovich on the organ.