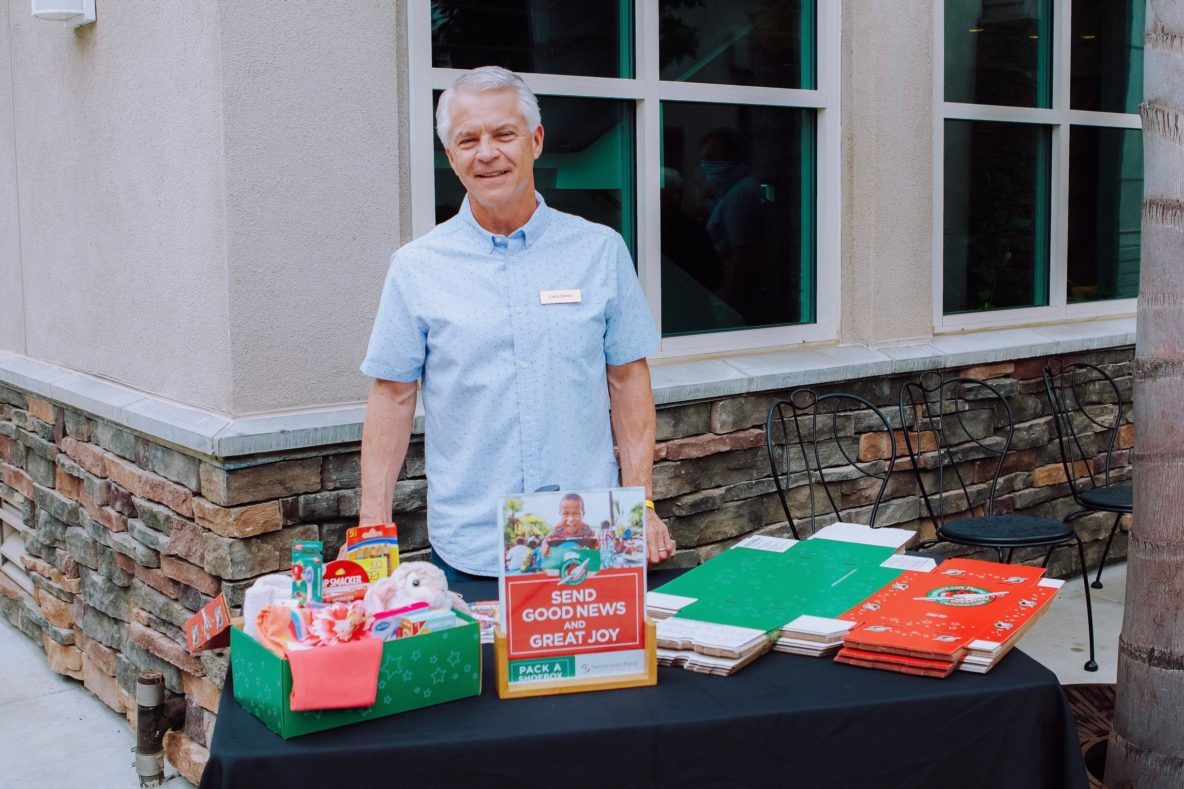 This Monday we’re putting the spotlight on the Director of Missions and Outreach, Curtis Drever!

Curtis finds his vision for Missions at SHEPHERD’SGROVE in Jeremiah 29:7 where it says, “..seek the peace and prosperity of the city to which I have carried you…Pray to the LORD for it because if it prospers, you too will prosper.”

With so much opportunity right here in Orange County, God has put this verse on my heart which has become my vision.

Curtis believes that this vision can be played out by creating opportunities that help the congregation ‘live-out’ what it means to ‘seek the peace and prosperity of our city (county).’

Curtis commented that “God has a sense of humor! The last place I thought I would be working is in a church. But you never say never to God.”

Curtis actually came from the business world and obtained his degree in Electrical Engineering. He spent most of his career in various sales positions within the tech industry and gained the knowledge to fully understand it.

Early in his career, he took a business trip to Europe that changed his life and marked the beginning of his transition into missions. During that trip, Curtis was impressed with how many people spoke several languages and found himself feeling embarrassed that he really only knew English (and a little Spanish). Raised in the Monterey area of California, he always had Latin/Hispanic friends so returning from that trip he and his wife started studying the Spanish language. They ended up traveling all over Latin America. During this time, Curtis’s interest in other cultures (especially Latin) and the world caught fire which is why he joined the Missions Team at church (IPC at the time).

It was during this time that God put it on his heart that the church needed to cross the border and start serving in Mexico. He says that it was one of those scary-exhilarating times, and they were all a bit nervous, but about 60 people (mostly families with young kids) joined Curtis on their first of many trips to El Niño. From that first trip, the El Niño Scholarship program was birthed. Our relationship with El Niño is another story in itself that you can read about here.

By 2014, Curtis had been “doing” Missions for about 20 years as a volunteer and the Senior Pastor created a position for him to be on IPC staff. Curtis reiterates that “God has a sense of humor”, and his becoming a Missions Pastor was totally a “God-thing”.

Curtis helps people find their place to serve. He helps match passion and talent with opportunities, so that everyone finds their calling, deepens their connection with God, and changes the world—in the name of Jesus.

Why Curtis Does It:

Change a Life, Change the World [through serving]! God is in the life-changing business. Serving others gets us off ourselves and helps us focus on those around us. When we serve others, God uses that to change us—our hearts, our lives. When that happens, we can help change the world!

A Note From Curtis:

God changed my life through a business trip and it was one of the best things that ever happened to me. My encouragement to you: If you feel stuck, on a plateau, or unsure of what God wants or where he is leading you—just start serving somewhere, anywhere. There are many more stories of God’s faithfulness in my life, but I am here to get to know you and encourage you on your journey. If you are interested in Missions/Outreach or anything else, let’s grab coffee sometime.