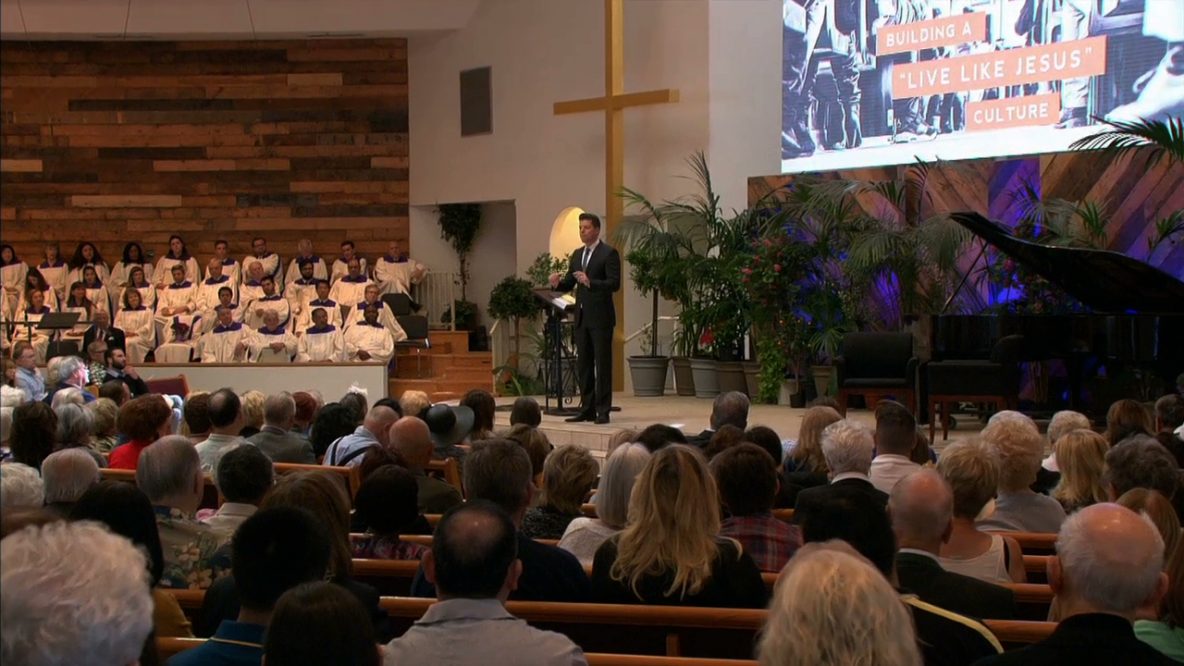 Pastor Bobby begins a new series of messages on building a “Live Like Jesus” culture. Today’s message is “Lead Like Jesus.”

Shari Rigby is a film and television actress, starring in several independent dramatic feature films, including “October Baby” and “Easy Rider: The Ride Back,” as well as daytime television programs “The Young and the Restless” and “The Bold and the Beautiful.” Shari is the founder of “The Women in My World,” a faith-based mentoring and discipleship program for women of all ages, designed to help them grow in their identities. Shari has partnered with the Billy Graham Evangelistic Association, Feed the Children, and the Gary Sinise Foundation. Her book, “Beautifully Flawed” is available wherever books are sold.

Joslyn Sarshad is a member of the Hour of Power Choir.  Today, she sings, “I Know that My Redeemer Liveth” (comp: G.F. Handel). She is accompanied by Zeljko Marasovich on the organ.

Directed by Don Neuen, the Hour of Power Choir performs “Servants of Grace” (comp: Earlene Rentz). The choir is accompanied by Zeljko Marasovich on the organ. The anthem is dedicated to Hour of Power Choir member, Patrick Healy, who recently passed away.